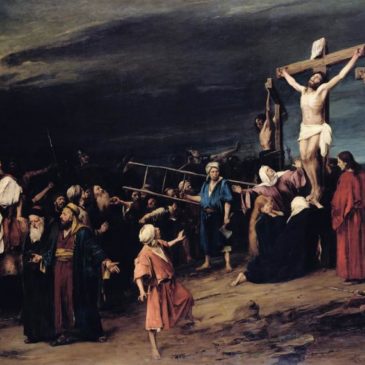 “I simply argue that the cross be raised again at the center of the marketplace as well as on the steeple of the church. I am recovering the claim that Jesus was not crucified in a cathedral between two candles, but on a cross between two thieves; on the town garbage heap; at a crossroads so cosmopolitan that they had to write his title in Hebrew and in Latin and in Greek . . . at the kind of place where cynics talk smut and thieves curse, and soldiers gamble. Because that is where he died. And that is what he died about.” ~George Macleod