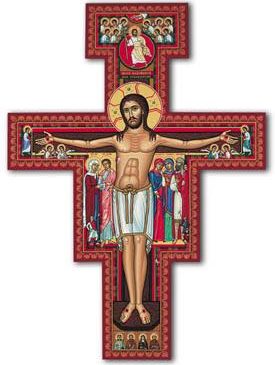 Behold! Behold the wood of the Cross on which is hung our Salvation. Come let us adore.

“The cross is honorable because it is both the sign of God’s suffering and the trophy of his victory. It stands for his suffering because on it he freely suffered unto death. But it is also his trophy because it was the means by which the devil was wounded and death conquered; the barred gates of hell were smashed, and the cross became the one common salvation of the whole world.” ~St. Andrew of Crete