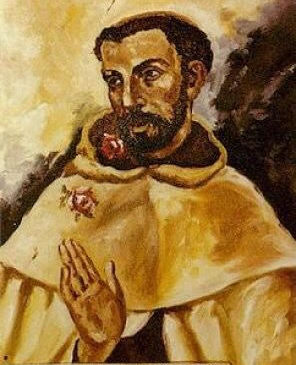 Angelus was born near Florence, around the year 1386. He entered the Carmelite Order in 1413, being later ordained a priest in 1415. He was the first member of the reform movement delle selve (of the woods), which began in the convent of Santa Maria delle Selve at Lastra a Signa, west of Florence, a reform that later spread to the Carmelite Congregation of Mantua. Angelus served as prior of the reformed community from 1419 to 1430, as well as prior for two years in the community of Florence. He was a lector (teacher) in theology and was renowned for his preaching, no doubt arising from a deep love and practice of praying the Scriptures in his Carmelite life. Angelus is often depicted in iconography with flowers falling from his mouth as he preaches. He died in Florence on the 17th August 1438.

Blessed Angelus, pray for us.